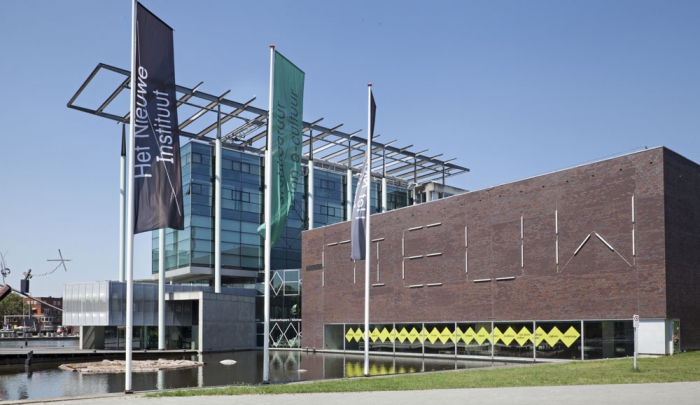 The European Architectural History Network (EAHN) is pleased to announce the EAHN’s fifth thematic conference The Tools of the Architect, to be held at Delft University of Technology and Het Nieuwe Instituut HNI (Delft and Rotterdam, The Netherlands) on 22 – 24 November 2017.

Architects have for their activities of drawing, writing and building always depended upon the potential of particular tools –ranging from practical instruments such as straight edges, French curves, compasses, rulers and pencils to conceptual tools such as working drawings, collages, photographic surveys, infographics, diagrams, casts and mass models.

As technologies advanced the toolbox of architects has changed and expanded. Today architects have an extraordinary array of sophisticated tools at their disposal but also rely on many of same tools as their 18th and 19th century peers. Working drawings, pencils and tracing paper continue to appear in the designer’s studio while their role and potential is being redefined.

Time and time again, architects have engaged with new tools. The quest to find the most appropriate and adequate tools to articulate, test and communicate design ideas has never ended, and in this pursuit architects have appropriated tools from other disciplines, such as art, historiography, sociology, philosophy, computer sciences and engineering. Out of this perspective the tools of the architect have become a field of intense exploration of the encounter of architecture with other disciplinary perspectives.

Inventions and innovations of tools throughout history have not only provided better answers to questions of analyzing and representing the built environment, but they have also pointed to new ways of conceiving and intervening. Ellipsographs made it possible to precisely draw an elliptical space in the 19th century and computer-aided drafting software has allowed for a new conception and construction of complex geometries in the 20th and 21st century. New tools have continuously affected the imagination, character and qualities of architectural projects.

This conference wants to focus on the changing practical and conceptual tools of the architect and their effect on the logos and praxis of architecture. The conference will be structured along three thematic lines: