Material imitation and imitation materials in furniture and conservation 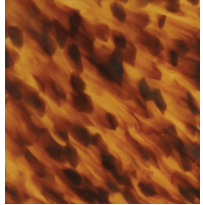 9:30 Word of welcome from the Chair

Dutch painted furniture: imitation of function, style construction and material
What to do when there is a sudden increase in demand for furniture? Dress up basic woodwork as high-end furniture: “How to faux a bureau”.
Hans Piena, Conservator Domestic Culture, Holland Open Air Museum, Arnhem, the Netherlands

The use of non-traditional gesso and composition ornament in the conservation treatment of gilded artifacts
An investigation towards gesso formulas and their requirements.
Christopher Swan, Conservator at Colonial Williamsburg Foundation, Williamsburg, USA

How to imitate the Imitation? Aspects of the reconstruction of 18th-century japanned surfaces
A closer look at European lacquer techniques and the difficulties encountered during conservation.
Irmela Breidenstein, Dipl.-Rest. at Restaurierungsatelier Irmela Breidenstein, Berlin, Germany

Curiously engraven: the new art of japanning and an exploration of depictions of Asia in 18th-century London and Boston
Exploring the sources used to imitate the exotic.
Tara Cederholm, Curator and Vice-President Brookfield Arts Foundation, Salem, New Hampshire, USA

Study of a 17th-century European lacquered Dutch cabinet – material and technique analysis to gain insight into the deteriorated surface
Where to start when European lacquer shows craquelure, alligatoring and colour change? Extensive research towards the composition of the lacquer.
Elise Andersson, Conservator in Training University of Amsterdam, Amsterdam, the Netherlands

The conservation of a lacquered dress sedan chair in the Marstallmuseum Schloss Nymphenburg in Munich
How the metal leaf and polychrome exterior mimics the pattern of the silk interior on an unusual Rococo piece.
Hella Huber, Dipl.-Rest. at Bayerische Schlösserverwaltung, Munich, Germany

Imitation materials in design and furniture – notes on identification of plastics
How do we deal with these modern materials that have proven not to be made for eternity? Can we slow down degradation?
Friederike Waentig, Cologne Institute of Conservation Sciences, Cologne, Germany

The conservation of a vinyl upholstered chair: PVC degradation and conservation
A 1950’s replacement for leather, half a century later.
Aura Colliander, Furniture Conservator, Helsinki, Finland

A window with different views – a Nepalese experience. The conservation of the ivory window of Sundari Cok at the Patan Royal Palace
A case study in the consolidation of ivory and an examination towards different possibilities to replace the missing pieces.
Regina Anna Friedl, Object Conservator, Vienna, Austria

Shagreen or not shagreen
A look into the decorative skin of rays, how to imitate it and some hands-on experience.
Catherine Silverman, Andrew W. Mellon Fellow, Department of Objects Conservation, The Metropolitan Museum of Art, New York, USA

The royal sparkle of tortoiseshell
Conservation of an experimental imitation material made of unexpected ingredients.
Thijs Janssen, Furniture Conservator, Amsterdam, the Netherlands