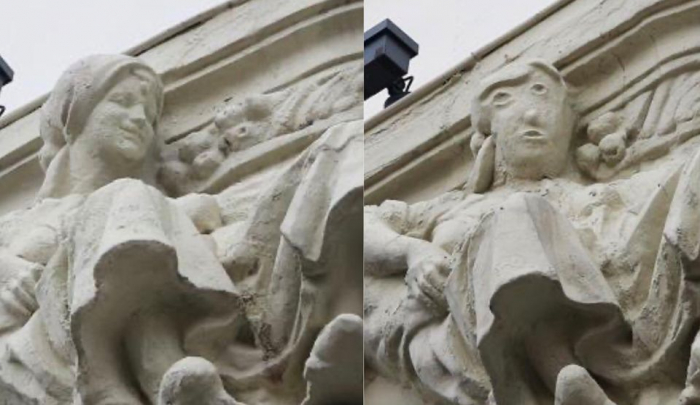 Conservation experts in Spain are once again calling for stricter regulations within the sector after yet another work has been irreparably damaged by an amateur restorer.

Adorning the facade of a high street bank in the north-western city of Palencia, the statue, first unveiled in 1923, once depicted a smiling woman carved among a pastoral scene of livestock. But following a disastrous restoration attempt, its face has been crudely reduced to “a cartoon head”, writes local painter Antonio Guzmán Capel, who first brought the story to attention in a Facebook post.